View source
watch 01:36
We're Getting Mutants in the MCU - The Loop
Do you like this video?
Play Sound

Hanami Uzumaki is a shinobi of Konohagakure. She is the first born Daughter of Naruto Uzumaki and Sakura Haruno

Hanami’s personality varies deeply, but there are a few clear traits that are shared among most of the fandom. Hanami is often depicted as a ‘papa’s girl’ and shares Naruto’s goofy light-hearted demeanor. She’s mischievous like her father and temperamental like her mother. Another common trait is her admiration for her older brother Shinachiku (in combinations where Shinachiku exists and he is the older child).

Because Hanami did not spend Sakura's pregnancy merging with Kurama's chakra, Hanami does not have whiskers unlike Naruto.

Her appearance varies greatly, but she is usually depicted with pink hair and blue eyes. Her hair is arranged in different fashions, but more often than not, she has two ponytails and some kind of hair pin in her hair. Her clothes are usually an arrangement of red, maroon, yellow, or green

THE FIRST – Naruto the Fanfic

The story begins short while from ch. 700 Naruto has the most stressful week as the hokage. First his son disobeys, then there’s a strange figure lurking around him. And to top it all there’s weird vibe that something isn’t really right here. The young nanadaime of a vast konoha city goes through this experience trying to sort out reality from dreams and illusions. Has he stepped from the wrong side of the bed? Or is someone messing with him?

A Naruto AU compiled by artist PumiiH that compiles the stories of Hanami and other new generation children.

24 years after the Fourth Great Shinobi War, Naruto is now the Hokage and for years has tried through alliances and agreements between nations and villages to break the chain of hatred and change the ninja system completely. Over time, although there have been changes and great achievements, the widespread discontent among some small villages have hindered the birth of a new era. Furious and fearful of losing their only source of economic

Assumed to be the timeline Shinachiku was born in.

A blog dedicated to answering random questions about Shinachiku and his world. 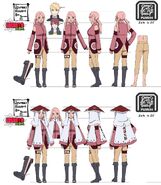 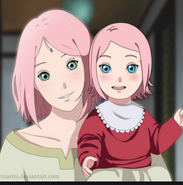 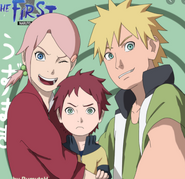